Will of the Warrior 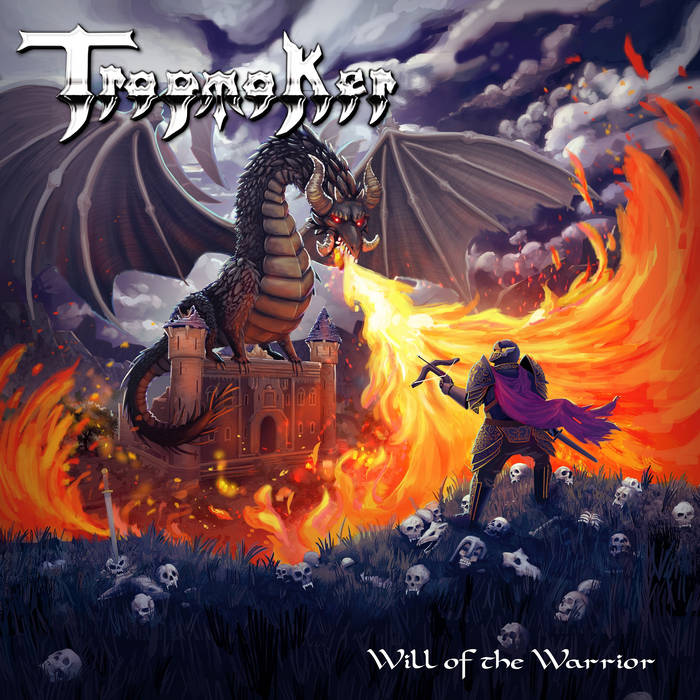 Behold, the wait is over.

Two years in the making, and with a new lineup, we present our debut album, "Will of the Warrior", a strong addition to the NWOTHM and USPM scene. For fans of Accept, Mercyful Fate, Judas Priest, Scorpions.

This 8 track album includes our singles from our latest release, "Nazgul" and "Stronger Than Before" with new and improved mixes.

"The Admiral" is an ode to the famous Dutch admiral, Michiel Adriaenszoon de Ruyter (1607-1676), who fought to protect the small Dutch Republic against powerful enemies, the English and French. He lost his life in the very end of the war with France, but was immortalized by both allies and enemies for his valor and tactical prowess. The song itself is akin to a late 80s Running Wild piece that places the listener onto a large warship out at sea.

"Leather Lover" is a throwback to 80s heavy metal hits, inspired by "Princess of the Dawn" by Accept and "Make It Real" by Scorpions, with a USPM twist. Lyrically, it tells the story of a heartbreaking, leather-clad motorcycle woman who finds her next "victim".

"Battosai" tells the tale of the legendary ronin, Kenshin Himura, from the anime and manga series, "Ruroni Kenshin" (or Samurai X), who gave his life of killing for a life of protecting peace, using a reversed blade sword. This song is reminiscent of Iron Maiden, with a USPM twist and Baroque-era inspired musicality.

"Far Away" is a power ballad, dedicated to family members who have departed from this world. This song was heavily inspired by "I Died For You" by Iced Earth, achieving the somber melodies that explode into heavy chorus. The intro solo was performed by our bass player, Nate, inspired by "Yellow Raven" by Scorpions.

"Journey to the West" is an epic instrumental piece that depicts the tale of the Monkey King and his journey for redemption. You will find an ode to Iron Maiden and Running Wild with this track, as well as East Asian style musicality.

"I am the Monster" tells the story of a man who slowly becomes a monster because of his past. The lyrics were inspired by the story of Frankenstein's Monster, who was born without love and was abandoned by society after making a horrendous mistake. It was also inspired by the classic manga series, "Naoki Urasawa's Monster", which tells the tale of a Japanese brain surgeon who saves a boy, who happened to be a victim of post World War 2 experiments that led him to become a terrifying monster. Musical nods to Accept, Scorpions, Sanctuary, Warlord, and Dream Evil are combined into an electrifying epic that concludes our album.

For those who have supported us throughout the years, we humbly thank you with all our hearts.

Bandcamp Daily  your guide to the world of Bandcamp